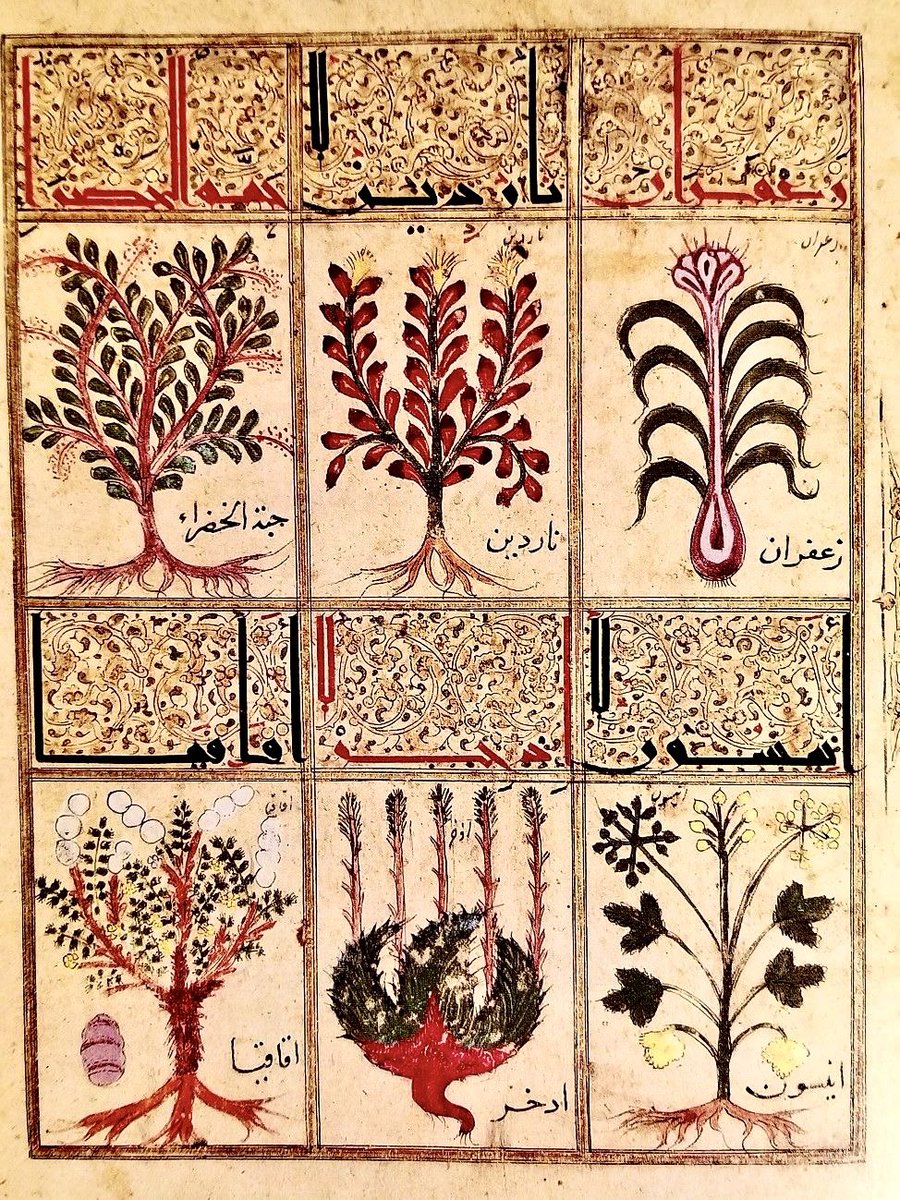 1/ The Holy Qur’an provided the initial impetus for the investigation of herbs by Islamic writers, as plants are named in the depiction of Paradise & are used as signs of the Creator’s power and majesty. Inspired by their faith, Muslims worked extensively in this area 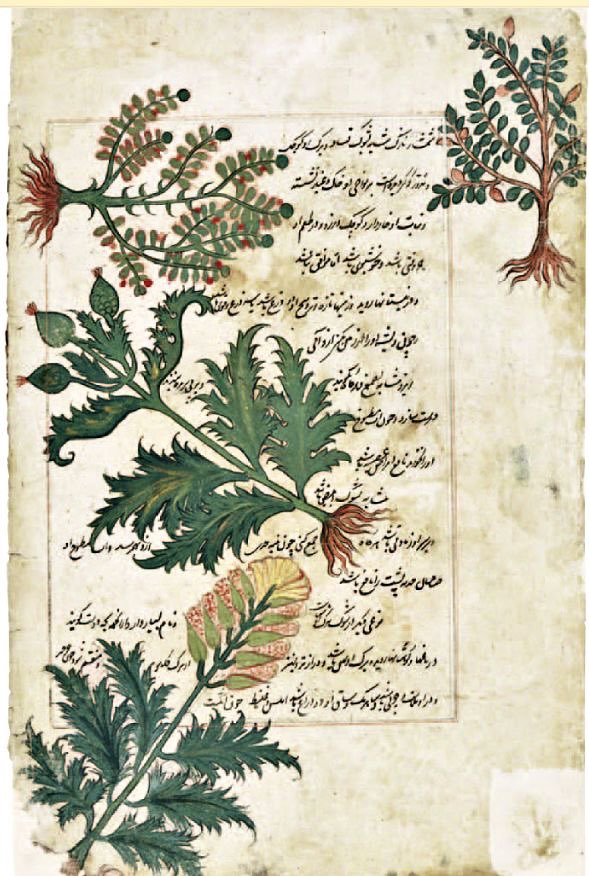 2/ Muslim scholars also commissioned botanical studies due to the need for research on medicinal plants, to respond to medical needs & contribute to the physical & mental health of the community. They created the context of the advent of pharmacology in Islamic civilization 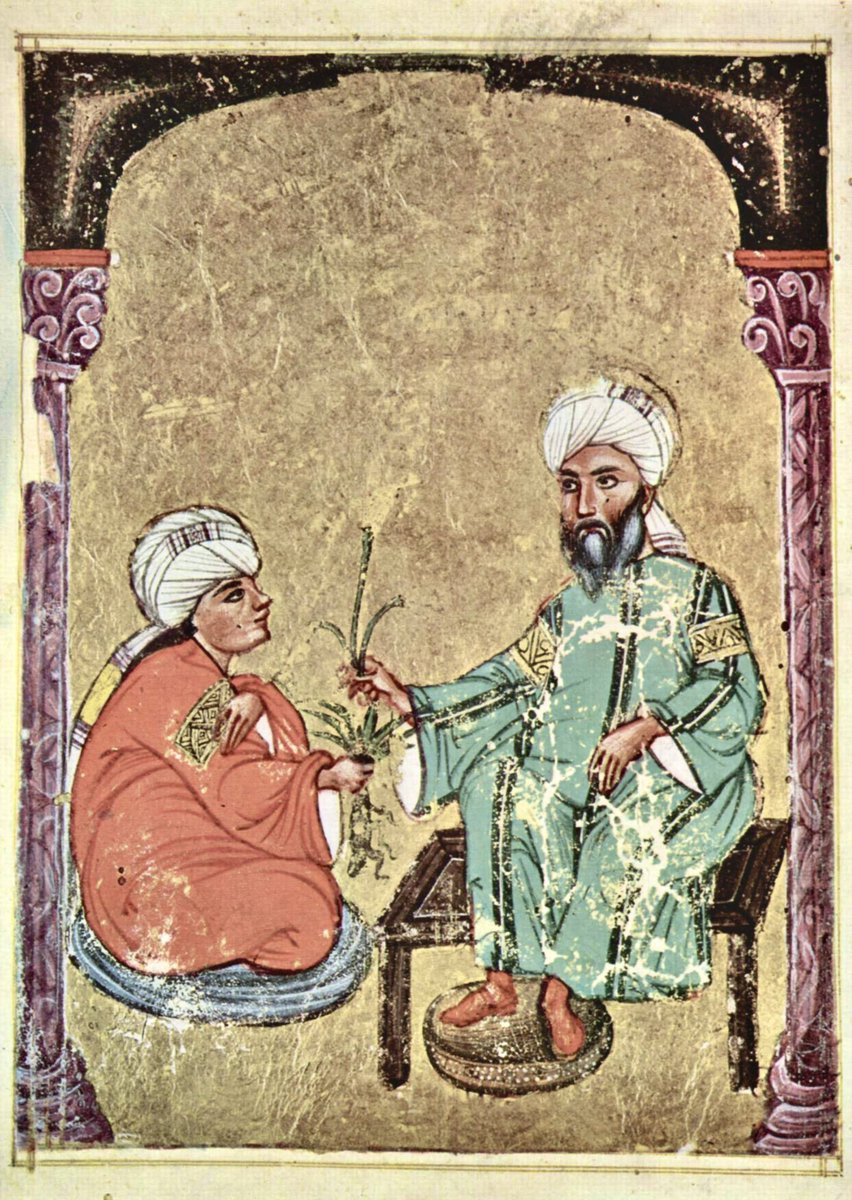 3/ Considerable information about herbs is contained in medieval Islamic literature, where plant life is closely associated with philology, medicine & agronomy. In addition, plants were discussed in philosophical, magical, encyclopaedic and geographic works 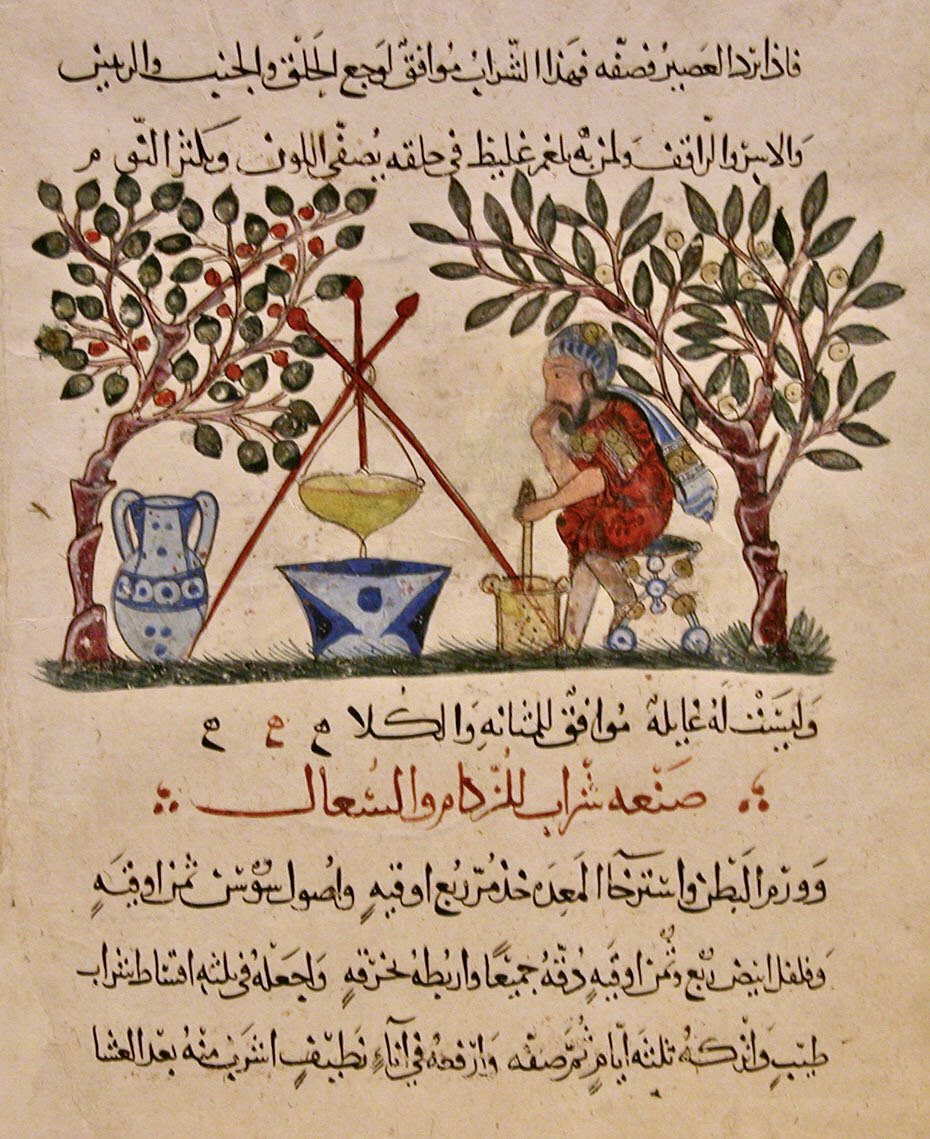 4/ As a result of the wide geographical spread of Islam & travel within its territories, adding information from Middle Eastern, Indian & North African sources, there emerged a rich botanical literature in which Muslim authors sought to determine the true significance of plants 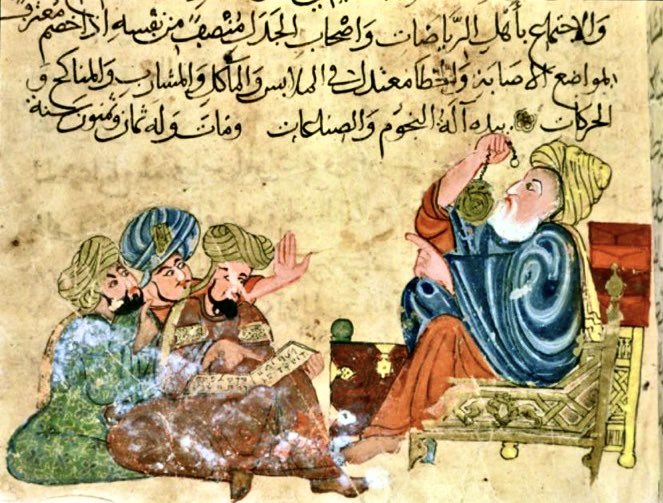 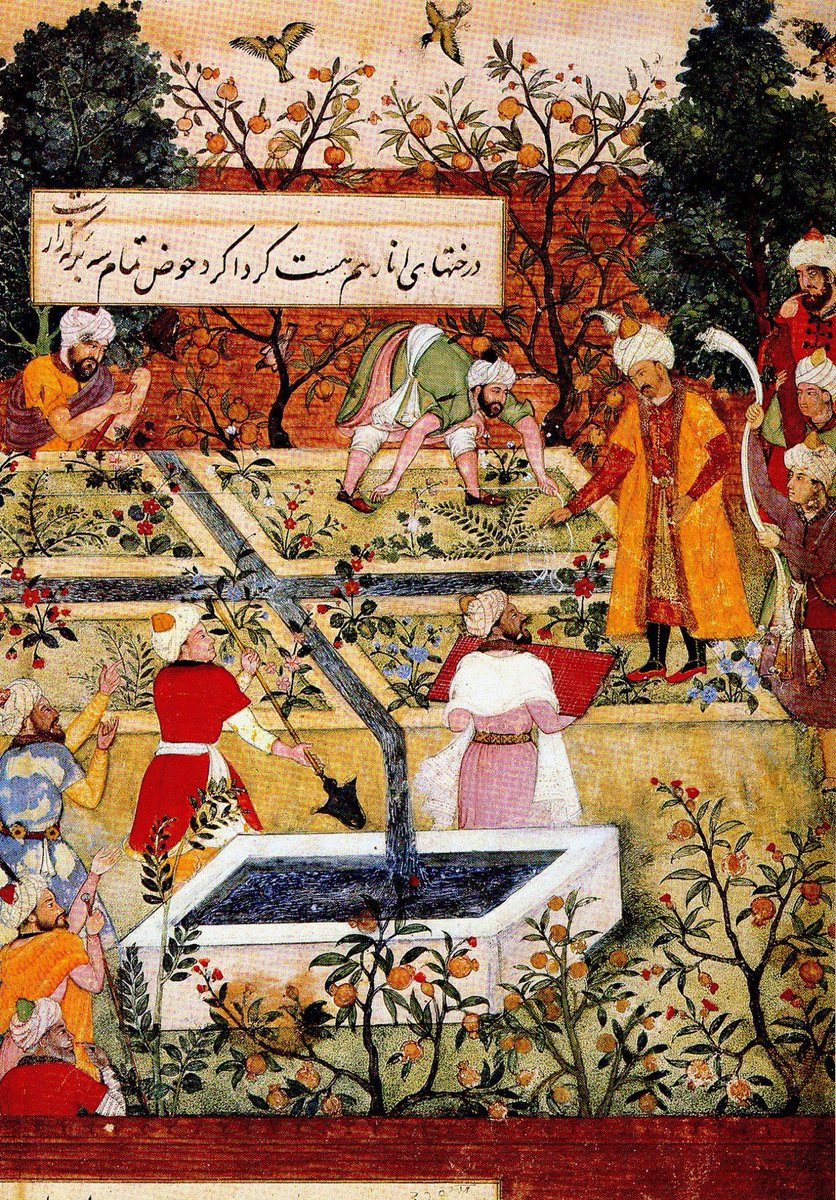 6/ Botany reached its zenith in Spain. Al-Masudi has given the rudiments of the theory of evolution in his well-known work Meadows of gold. Another of his works, Kitab al-Tanbih wal Ishraq, advances his views on evolution from a mineral plant to the animal, & from animal to man 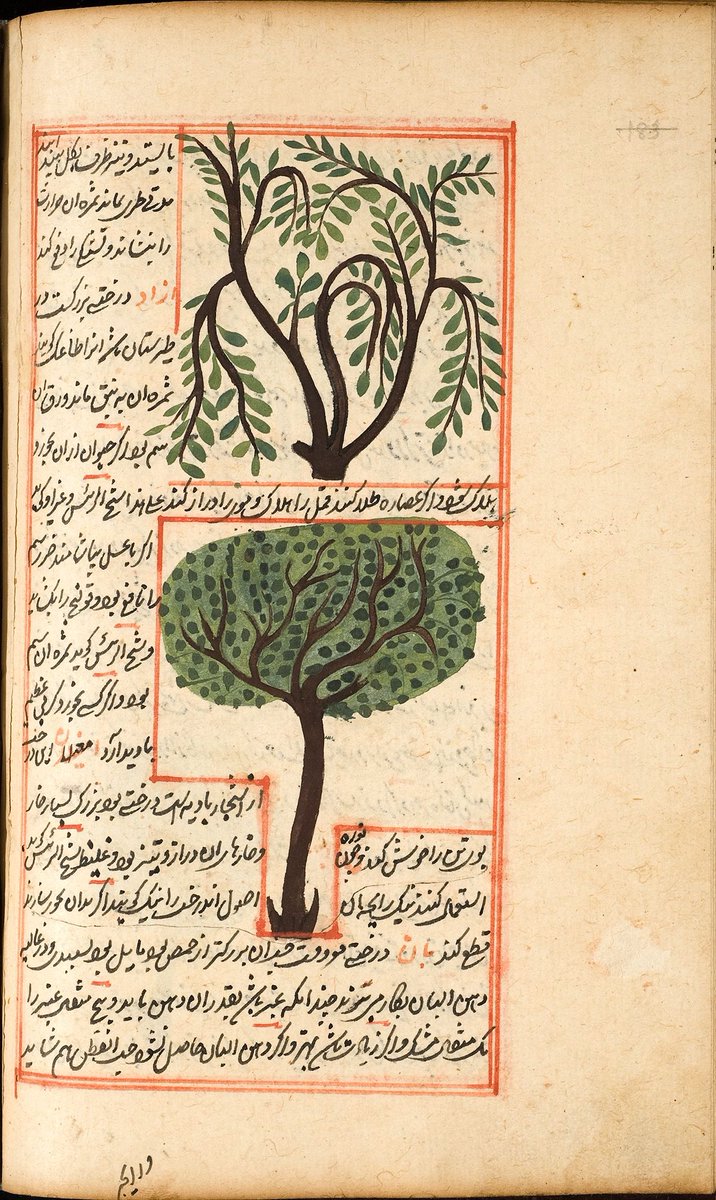 7/ In botany, Spanish Muslims made significant contributions & some of them are known as the greatest botanists of medieval times. They were keen observers & discovered the sexual difference between plants, developing agriculture & horticulture on a grand scale 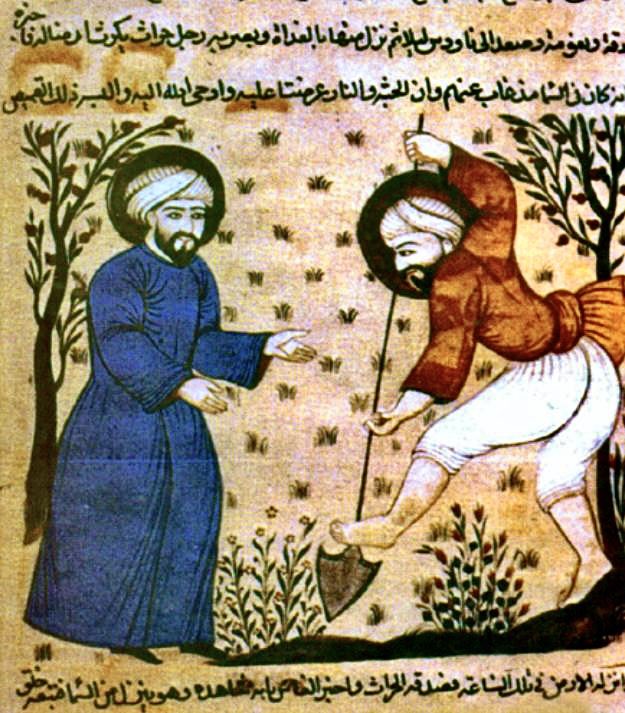 8/ Spanish Muslims advanced in botany far beyond the state in which “it had been left by Dioscorides & augmented the Greeks’ herbology by the addition of 2,000 plants.” Regular botanical gardens existed in Cordova, Baghdad, Cairo, & Fez for teaching and experimental purposes 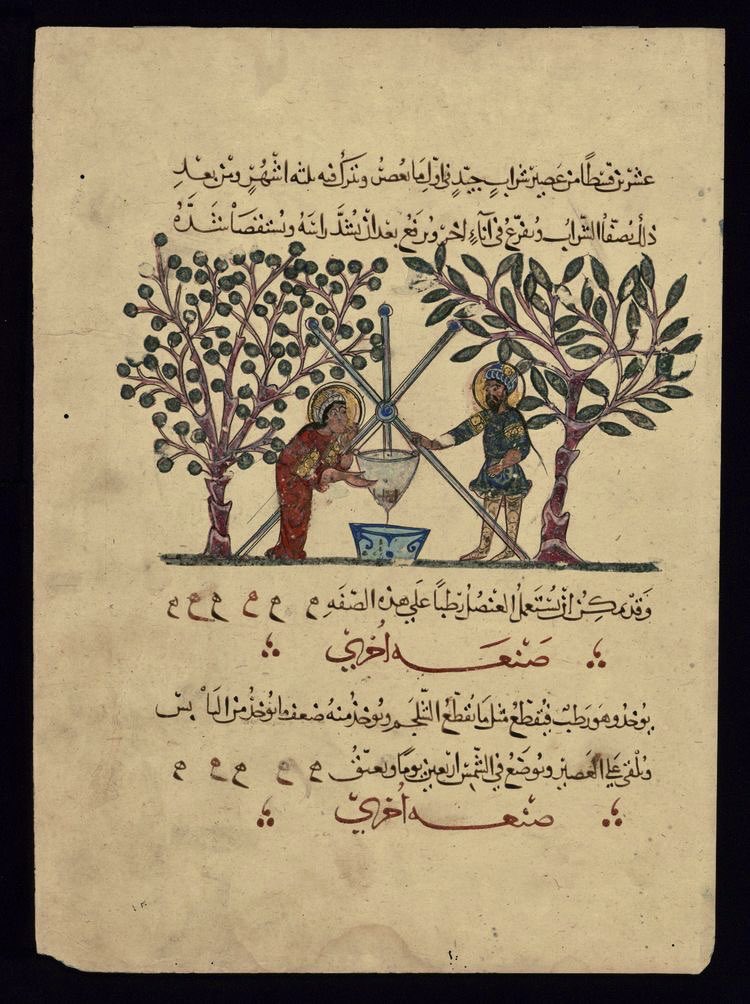 9/ Some of these were the finest in the world. The Cordovan physician, Al-Ghafiqi (D. 1165), was a renowned botanist who collected plants in Spain & Africa & described them. He gave the names of each in Arabic, Latin and Berber 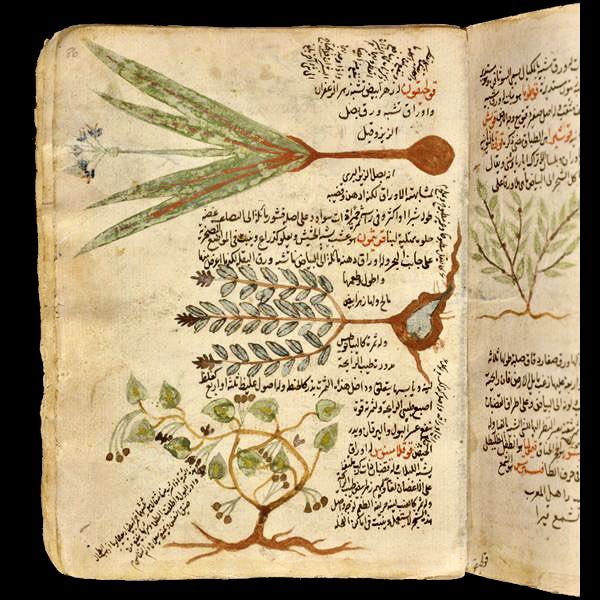 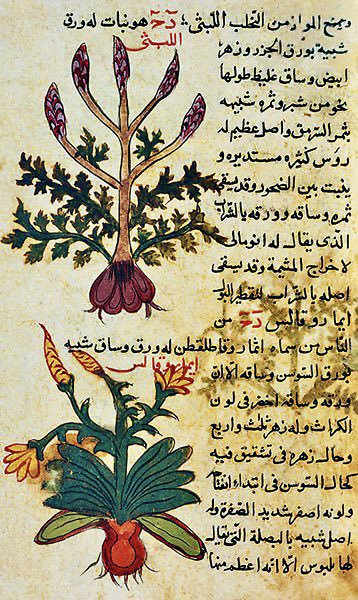 11/ Abu al-Abbas al-Nabati (c. 1200) was an Andalusian scientist, botanist, pharmacist & theologian. His techniques such as separating verified and unverified reports led to the development of the field of pharmacology. He was a teacher of fellow Andalusian botanist Ibn al-Baitar 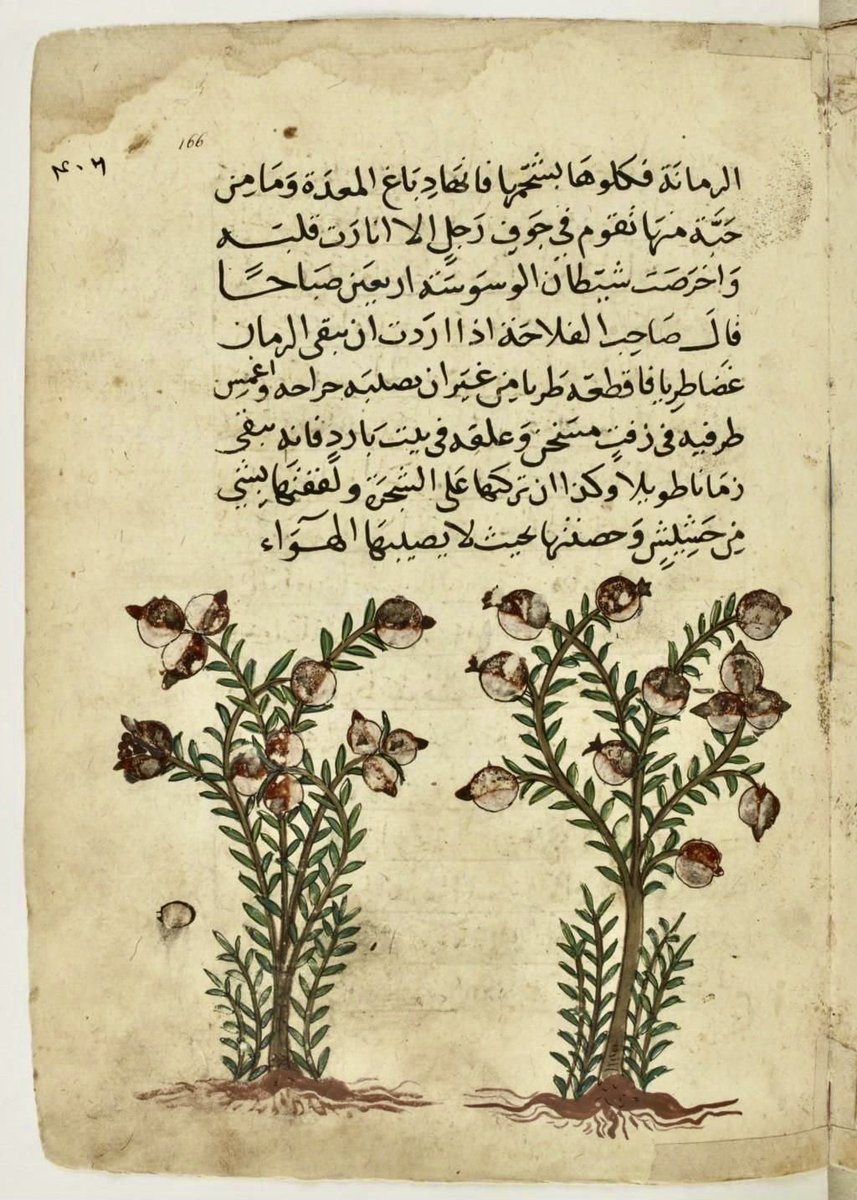 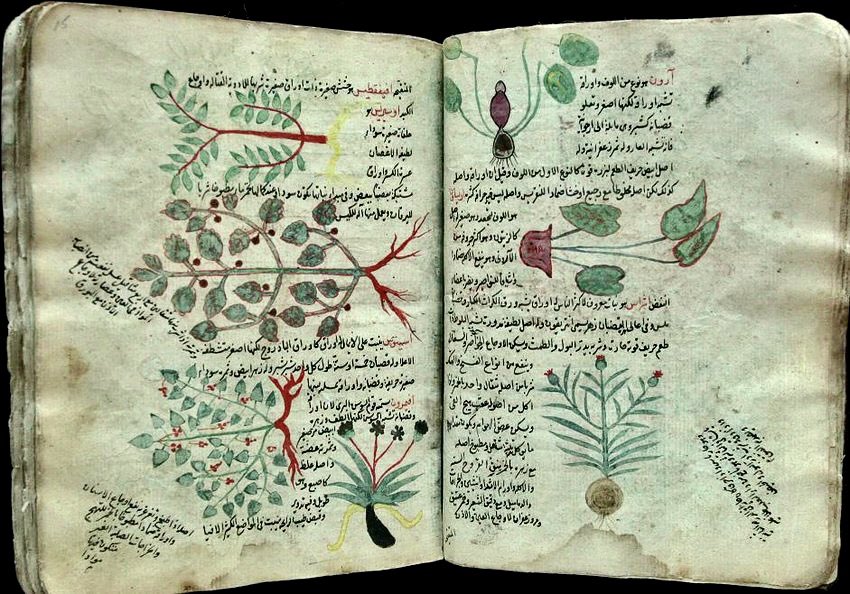 13/ One of the most famed Muslim herbalists is Abu Da’ud Sulayman b. Hassan, known as Ibn Juljul. Born in Cordova in 332 H/ 944 CE. at fifteen he began studying medicine in which he was skilled. He was the personal physician to Al-Mu’ayyad Billah Hisham, Caliph from 977 - 1009 CE 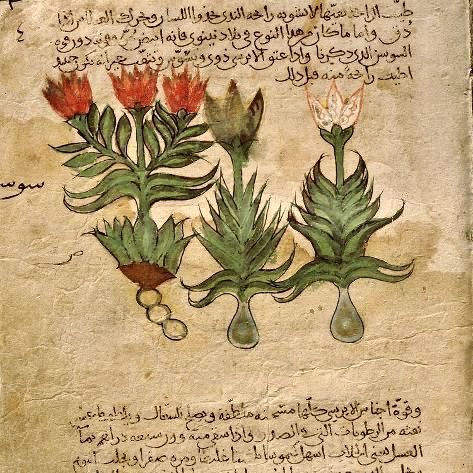 14/ Muslim scholars were aware that plant distribution is modified by the changes of topography & difference in the character of the soil. They distinguished a plant types according to whether the plant is found in wilderness, on mountain tops, on river banks, on the sea-shore… 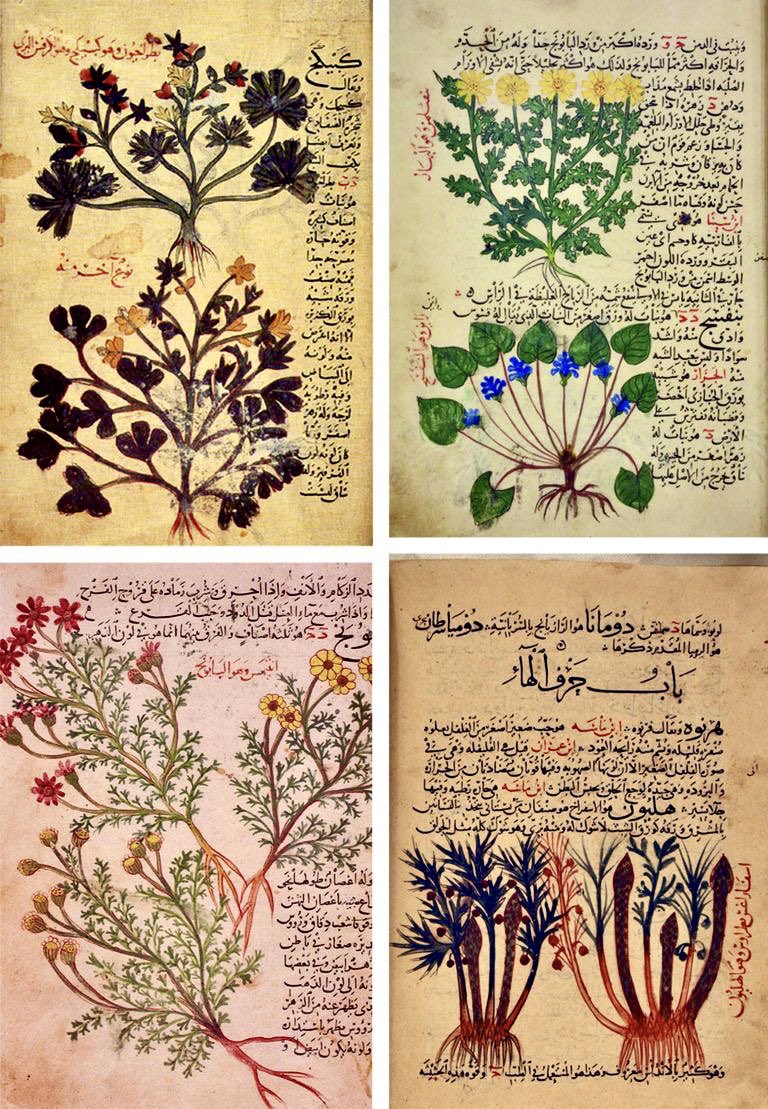 15/ Another botanist Ibn Sauri was accompanied by an artist during his travels in Syria, who made sketches of the plants they found. Ibn Wahshiya wrote his celebrated work al-Filahah al-Nabatiyah containing valuable information about animals and plants 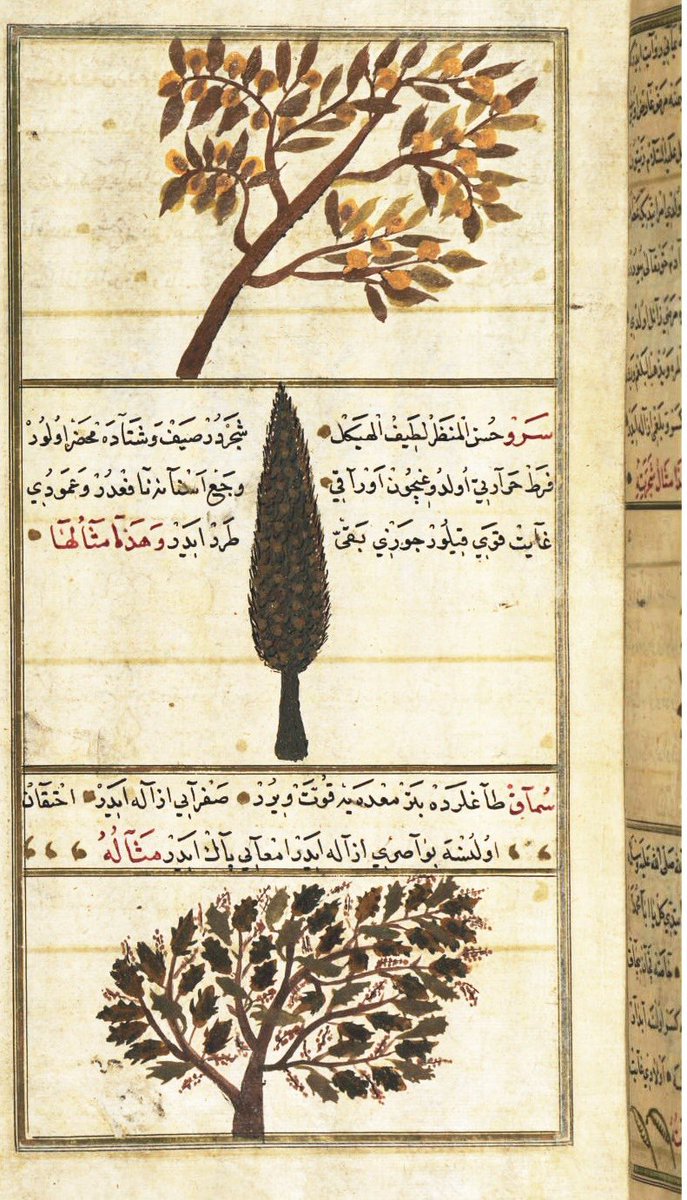 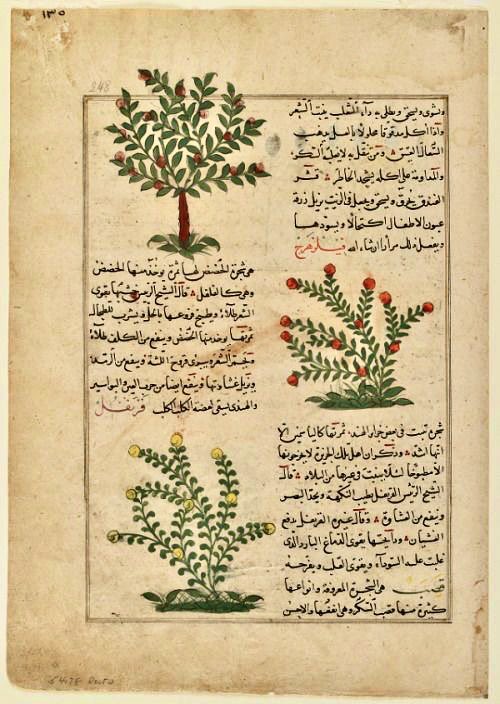 17/ Moroccan traveller Ibn Battuta (d. 1377) described in his Rihla the fruit of Isfahan (apricots, quince, grapes, watermelons) the fruit trees of India (mango & sweet orange). In Malabar, cinnamon & the Brazil nut; in the Maldives the coconut, palm, & lemon tree & others 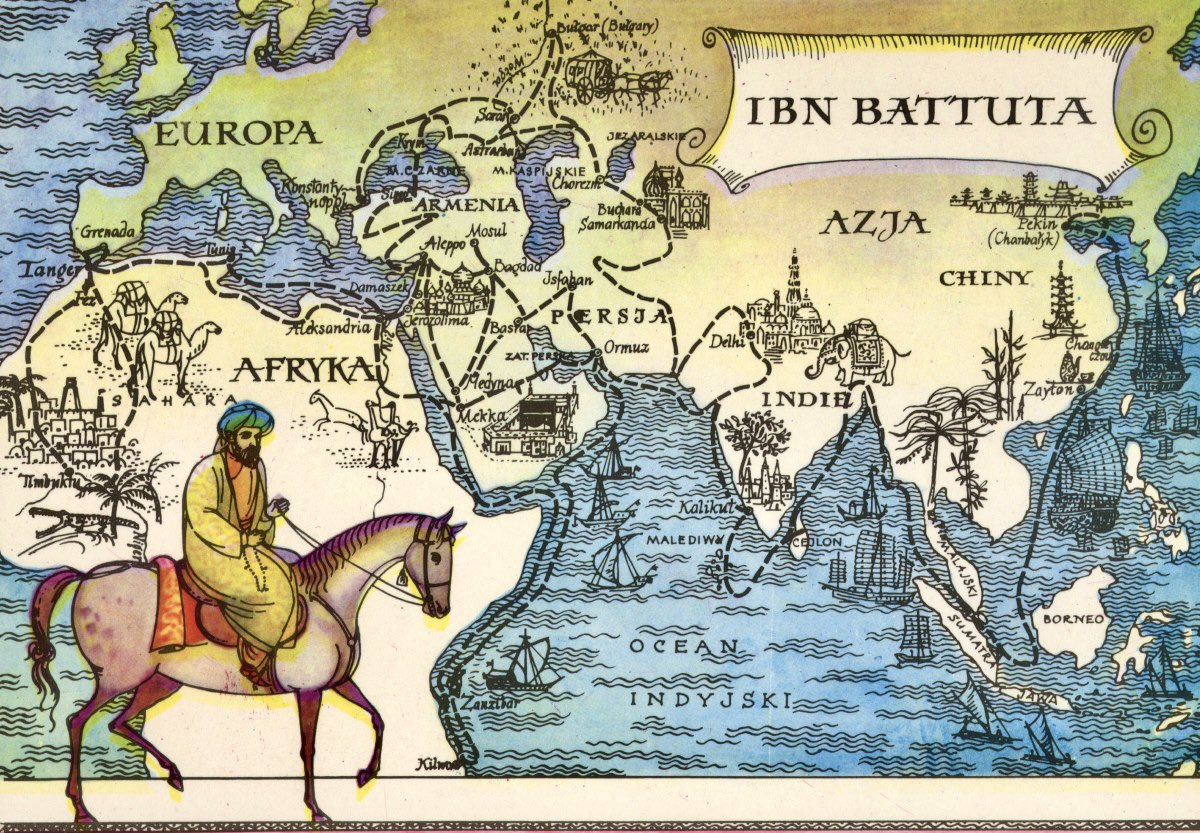 18/ Ābu Hanīfah Āhmad ibn Dawūd Dīnawarī (828 – 896) was an Iranian Islamic Golden Age polymath, astronomer, agriculturist, botanist, geographer, mathematician, & historian. His most renowned contribution is Book of Plants, for which he is considered the founder of Arabic botany 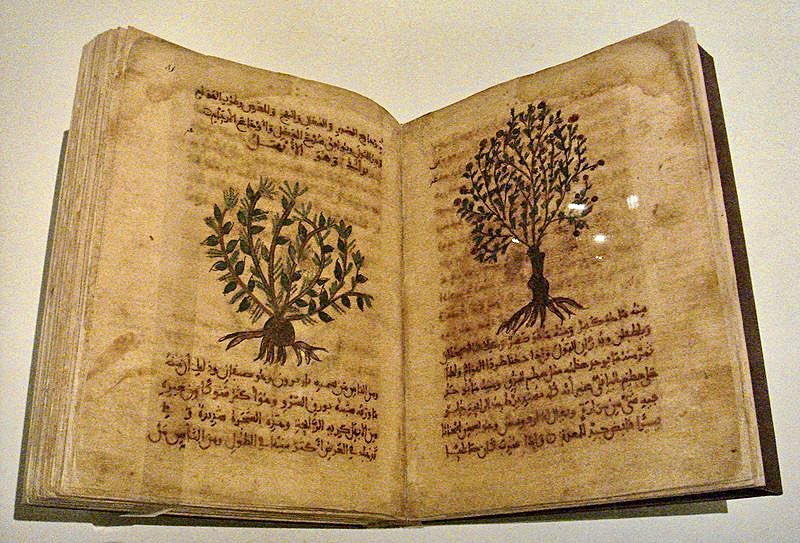 19/ Al-Dinawari is one of the earliest Muslim botanists. His work largely confined to the flora of Arabia, is the most comprehensive & methodical philological work on herbs. Kitab al-Nabat is characterised as the most methodically superior work of philologically-orientated botany 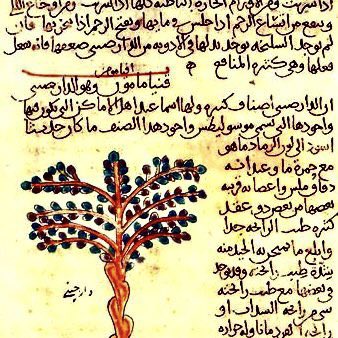 20/ These are drawings from Arabic manuscripts of the cultivated and the uncultivated kinds of the hindiba, a plant well known to Muslim pharmacologists and herbalists for its therapeutic virtues which include cancer treatment 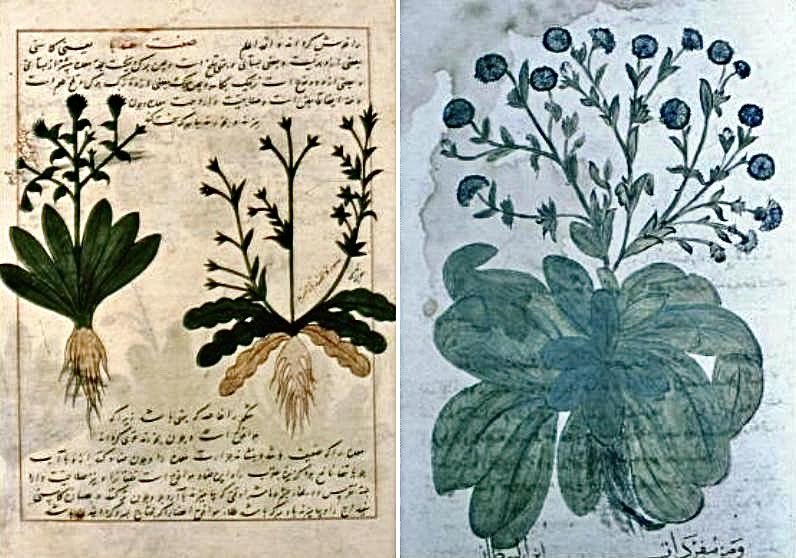 21/ In Mughal India, horticulture developed with the creation of splended Mughal gardens. Various botanical products & scientific inventions made in this field find due mention regarding their role in the upkeep of the economy. A flower study attributed to Muhammad Khan 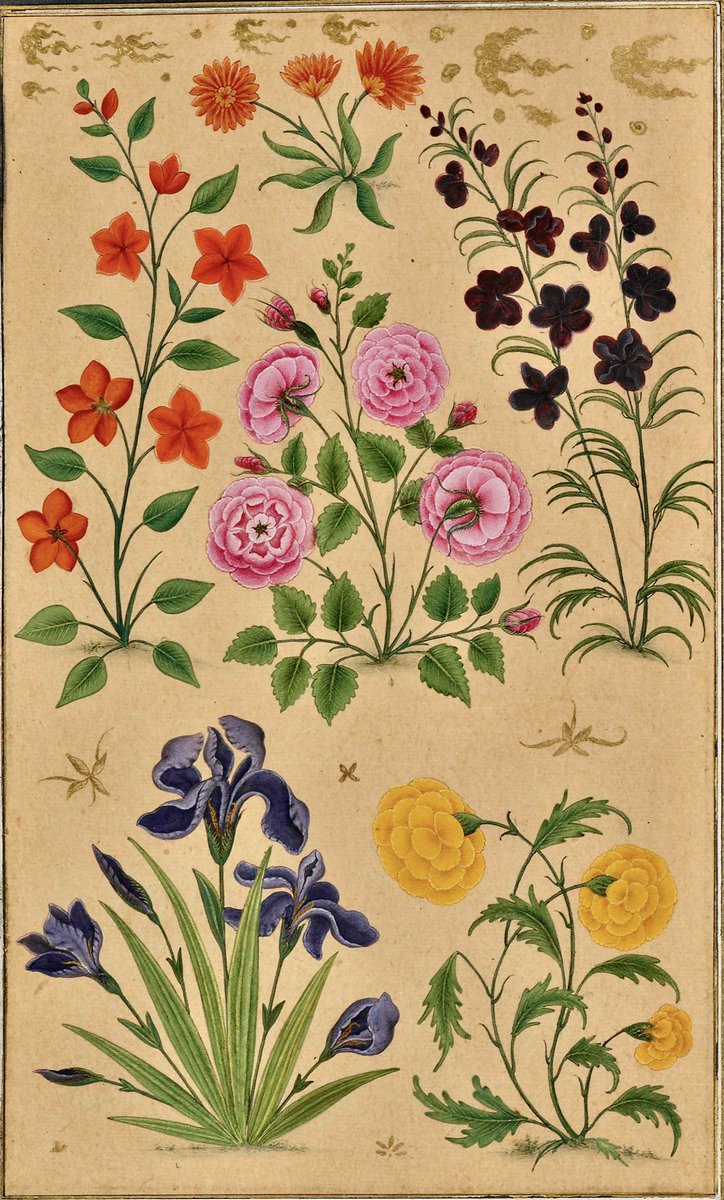 22/ Mughal Emporer Jahangir is notable for his patronage of botanical paintings & drawings. The works created in his court include beautifully drawn & scientifically correct illustrations 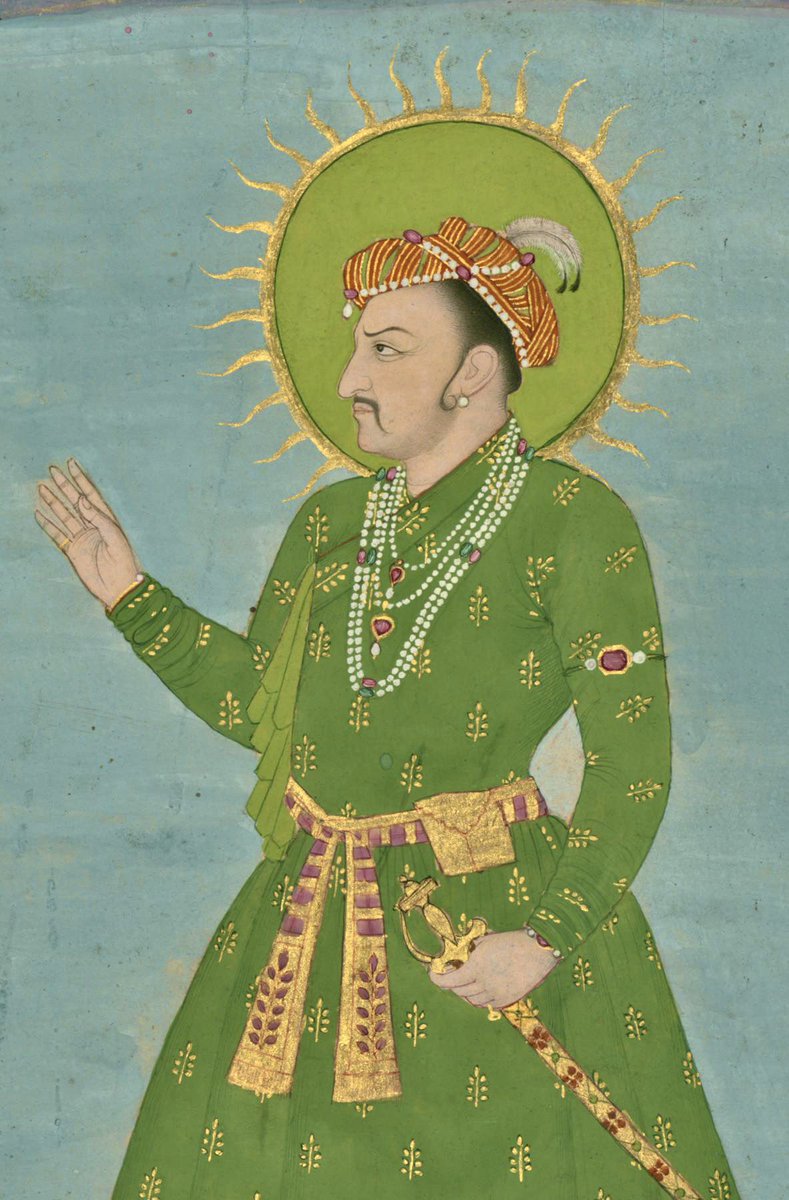 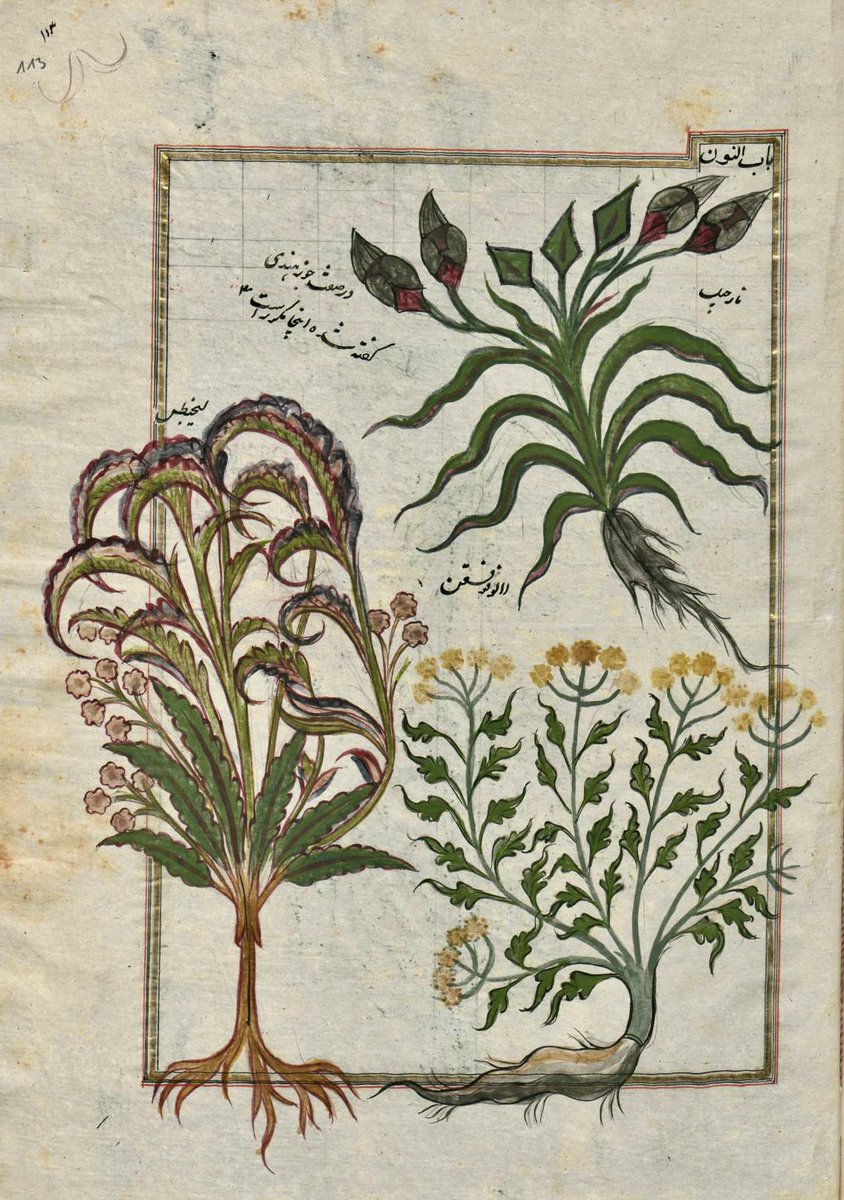 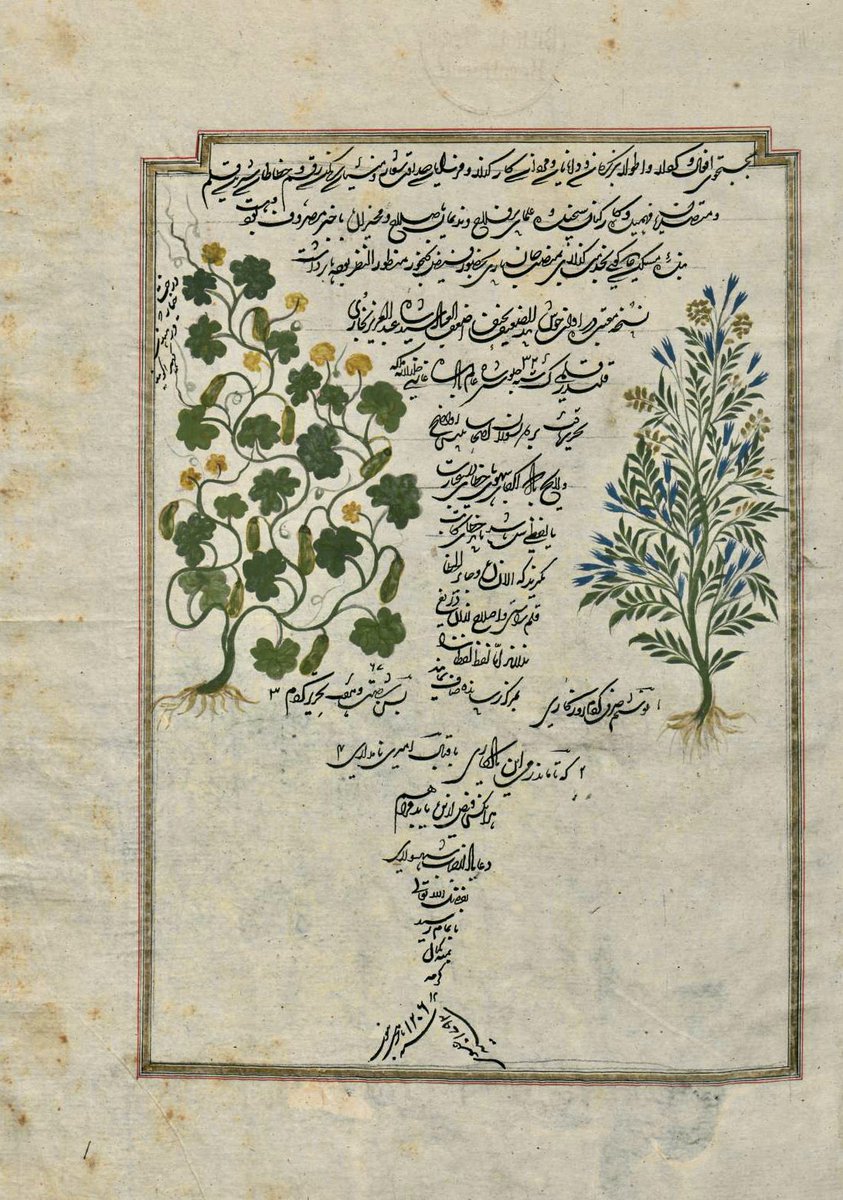 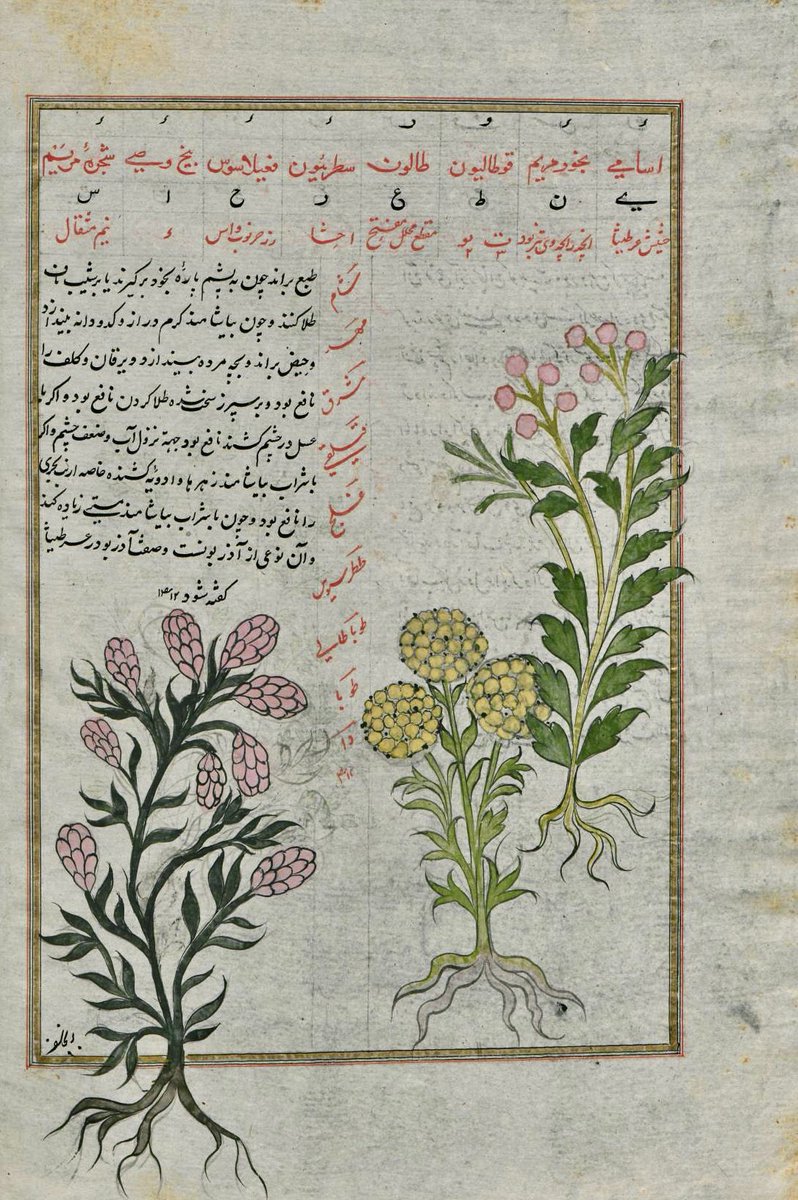 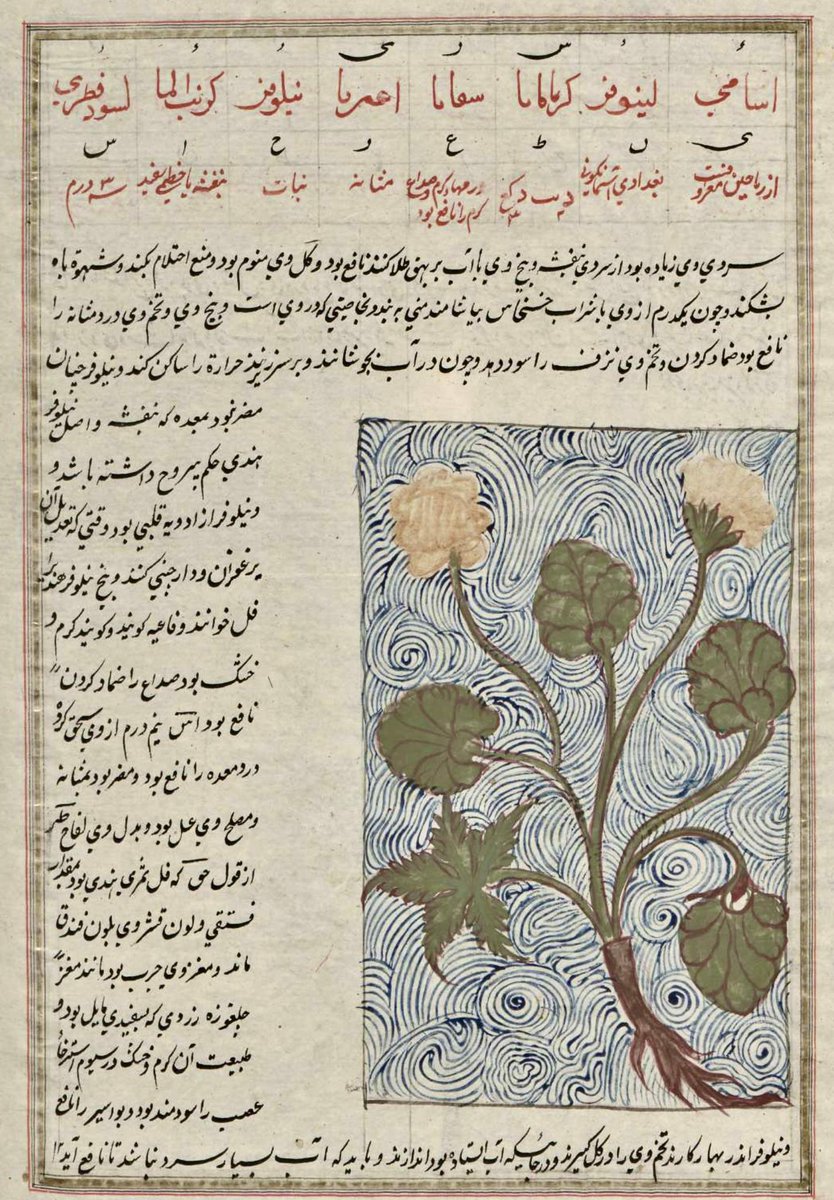 24/ What makes botanical illustrations different from abstract or impressionist-style flowers is that they are based on science & careful observation. Today, these illustrations are highly sought after as beautiful works of art, providing a perspective on a moment in time… 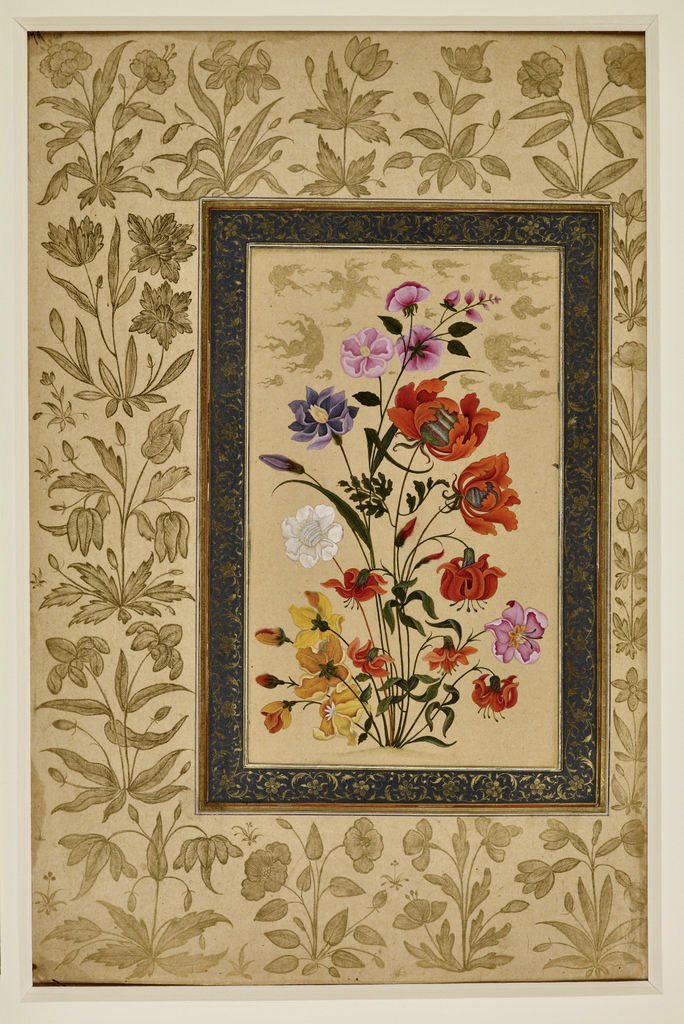 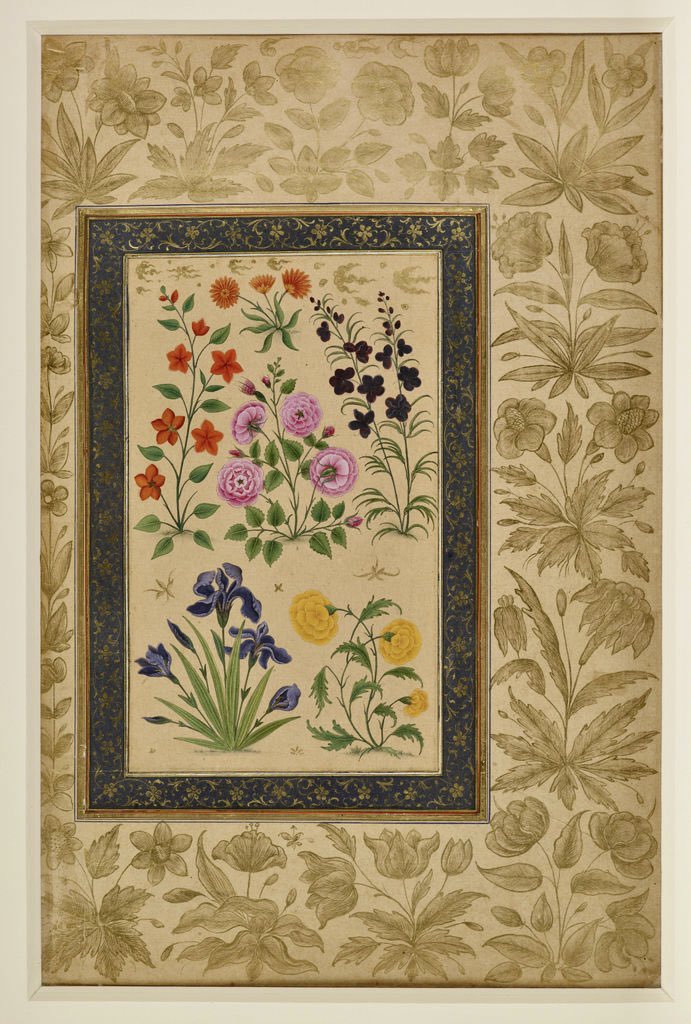